This is a Post-Gupta period temple which is definitely 1200 year old example of art and culture. This temple dedicated to Lord Shiva has hundreds of couples in sexual carvings like those in Khajuraho. Every fourteenth day of Hindu months, thre is a fair held at the temple.

Hidden treasure in Ranthambhore known as "Kuwalji Temple". It's around forty km from sawai madhopur railway station and headquartered in south west of the Rantahmbhore countrywide Park enroute Phalodi and khanpur village,The field entails the confluence of the ancient Aravalli hill system with the Vindhyan hill method as a result of which the subject is an extraordinarily wealthy in bio-variety. The temple is said to were constructed between seventh and ninth century. In line with trendy belief the Pandavas in the course of the period, they spent incognito, built this temple. Afterwards in the yr 1345, this used to be repaired and renovated via Raja Jait Singh. This Temple is dedicated to Lord Shiva. A different notion is that it was once developed between the seventh and 9th Centuries A.D.The Temple has been developed on a platform forty toes excessive from the bottom, reachable through a stair-case constructed with the platform. On this platform, the platform has been constructed with stones of shapes, put one on the other in a method that the whole edifice used to be constructed. The inner walls of the temple had been embellished with ceramic tiles. Within the temple and underneath the shikhar, there are eight bracket-like projections having statues encarved on them. The shikhar of the temple is practically as high as the scale down part of the temple. The pyramid like shape of the shikhar turns into roundish upwards and on the top is a pinnacle. Many Gongs are hanging external the Temple.The Shiva lingam which is worshiped as deity is made of crimson stone. It isn't as significant because the Yoni on which it stands and going through the Shiva lingam is a Nandi. A snake of copper is also positioned across the Shivalinga and above it is a copper urn from which water continues to drop on the lingam. One more shrine of four-armed deity is headquartered closer to the West. Three sacred water Kundas are located just about the Temple and it is believed that via having a shower here, the entire diseases are cured.  Everyday worship and ritual Pooja is carried out by using the Nihang Naga Sadhus of the Nath cult. Naga Sadhus actually are the warrior sadhus who lived and moved collectively and they had been relatively deft in handling of weapons. The fundamental aim of the Sadhus was once to protect this seat they belong to from the attacks of the invaders.  A snake of copper can also be placed across the Shivalinga and above this hands a copper urn from which water drips on the linga steadily. Toward the west there may be another shrine of the deity, four armed. The interior partitions of the temple were beautified with ceramic tiles. The important festival is that of Mahashivratri, however different festivals are equally predominant. Amongst them are Kartik Poornima, Basant Panchami, Guru Poornima and the Navratras. This historic Temple is situated at a distance of 12 Km from town Indergarh in town Kwalji, District Bundi, Rajasthan. 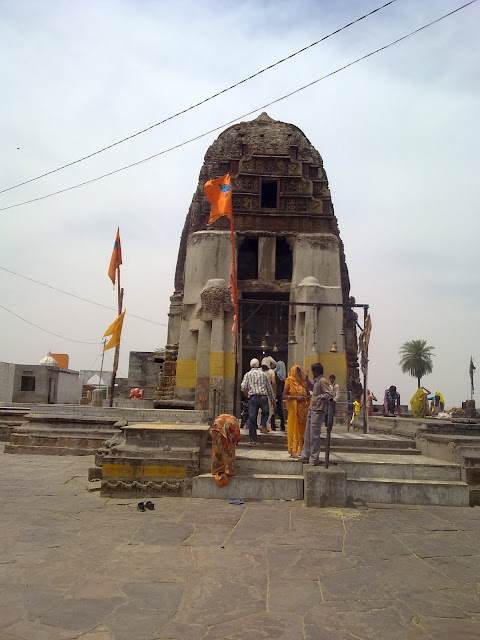